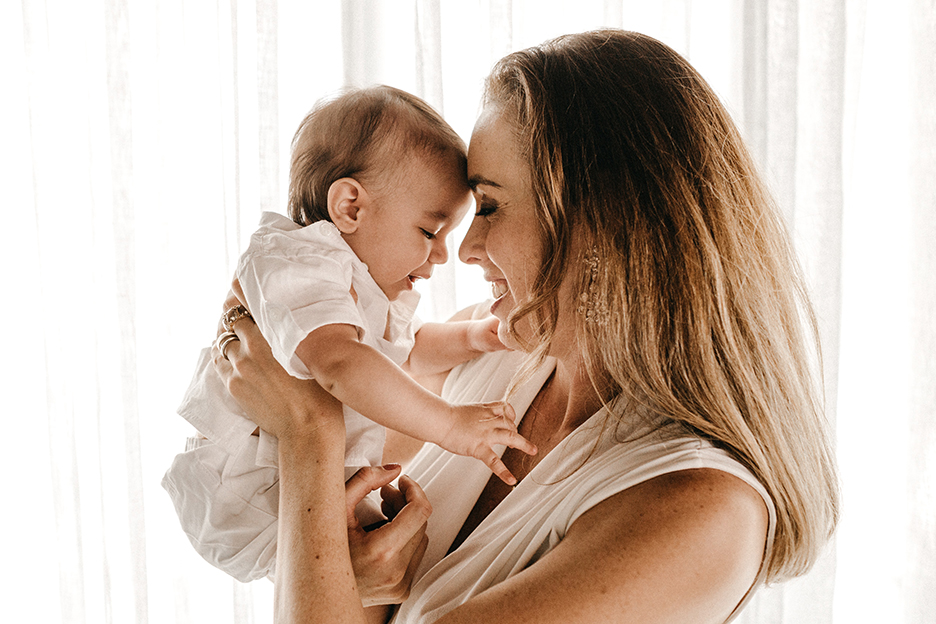 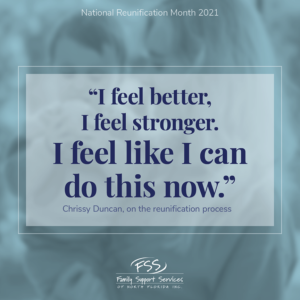 Temporarily losing custody of your child can be an emotional roller coaster of anger, grief and guilt – not one most people would not imagine as a good experience. Chrissy Duncan can relate — she acknowledges being angry when the Department of Children and Families intervened on behalf of Chrissy and her young daughter in 2020.

But considering how life-changing the process of reunification with her toddler has been, Chrissy feels the process ultimately was “a really good experience.”

“I have more confidence,” Chrissy says. “I feel better, I feel stronger. I feel like I can do this now.”

Prior to intervention Chrissy and her daughter Olivia weren’t in the safest conditions, stuck in a cycle of abuse. “I was in a real bad place,” she admits. In one particularly dark moment, Chrissy found herself praying for help. The next day, DCF arrived to intervene. Young Olivia entered out-of-home care at that time, eight months ago.

“I was really angry at first, but now I see it’s for the best,” Chrissy says, adding that if not for the DCF intervention, she doesn’t know what might have happened to them.

Chrissy was connected with a counselor who helped her realize she was a survivor of domestic violence and to put herself – and her family’s wellbeing – front and center. “She really got me to a breakthrough moment,” Chrissy says, and she was able to start on the path of healing and reunifying with her daughter.

“I had to do it. I had to stay focused on her” and stick with the process, she says.

The most important motivator, Chrissy says, was how supportive Olivia’s foster mom was and how connected she kept mom and daughter. “The foster mom kept me bonded with her” through frequent calls, outings together, and outreach to support her process. “It meant a lot to me know she’s OK,” which in turn made the process of classes and counseling easier to focus on. Having a case worker who she felt was really on her side helped her stay on point as well. They kept telling Chrissy “you can do it, stay focused” – and in March, her hard work paid off with her daughter being able to come home. “As much as I hated her being gone, things are much better now.”

“Do not give up; stay focused”

“I learned a lot from this,” Chrissy continues, including recognizing the signs of domestic violence for the future and when to reach out to others for support. And though her daughter is back home, Chrissy of course has concerns – you “don’t know what the future holds as a single parent.” But with the combined support of her counselor, case worker, and ongoing friendship with the foster family, Chrissy feels she has “good people in [her] life” supporting their progress. Things are still challenging – life with a toddler is a full-time job it itself – but she says things are better now without abuse on top of it. “And when [Olivia] loves on me, it’s all worth it.”

To other parents whose circumstances might bring them into the system of care, Chrissy offers the same advice that buoyed her. “Do not give up; stay focused,” Chrissy says. “Reach out to anybody you need. The harder you try [in the program], the sooner she’s coming home.”

“Now I’m not in any fear” from her previous circumstances, Chrissy says. “I’m at peace.” 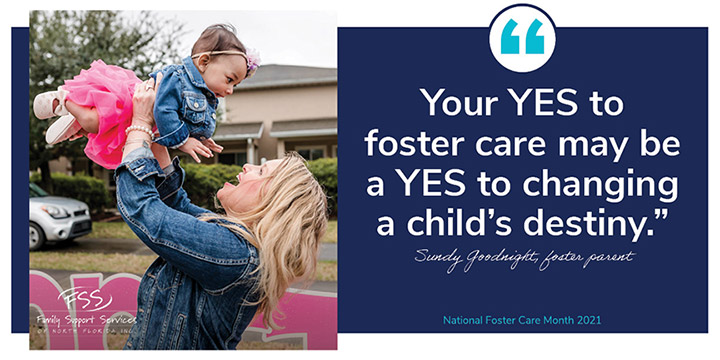 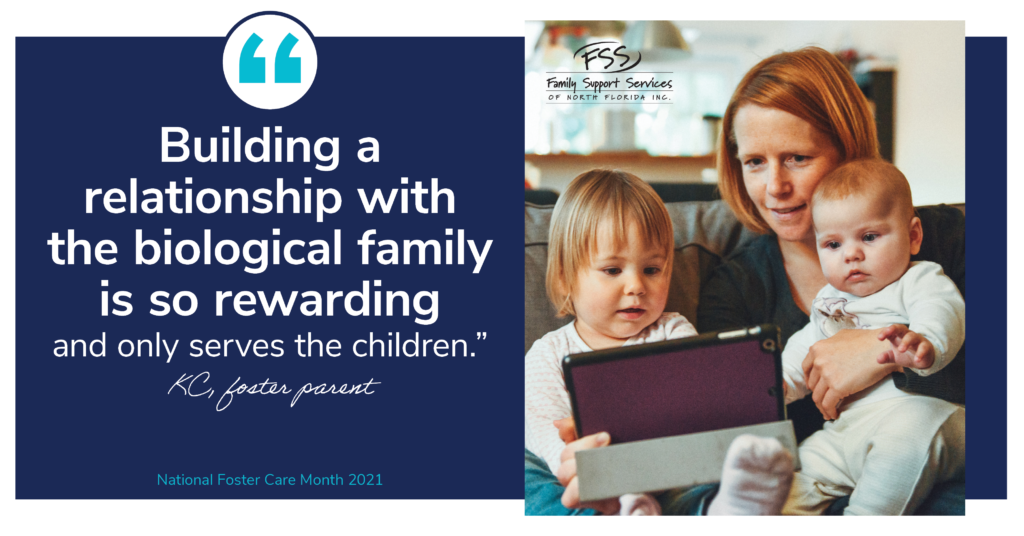 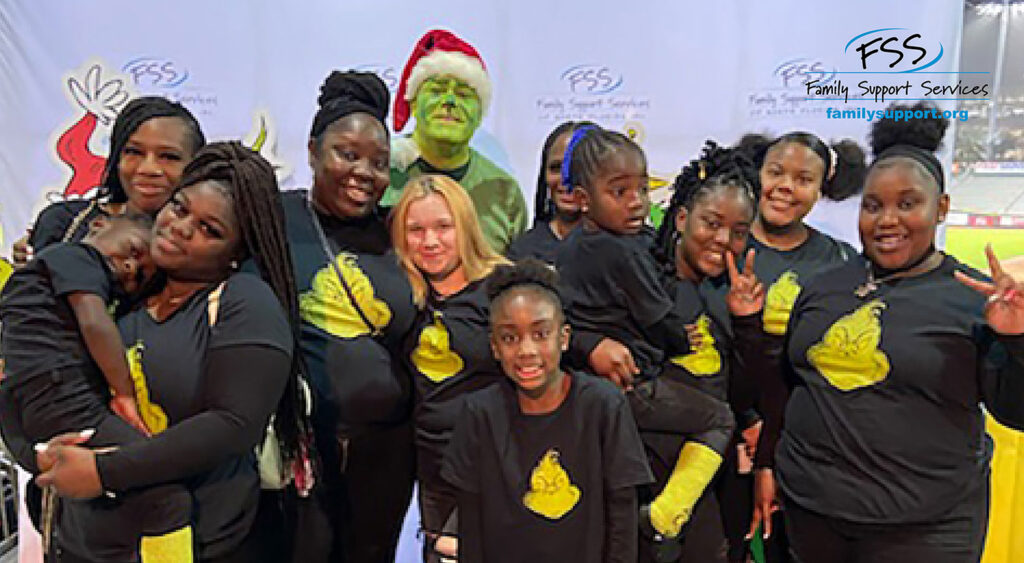 October 5, 2021 Foster Youth Voice Month (October): Dina Santos Read More
We use cookies on our website to give you the most relevant experience by remembering your preferences and repeat visits. By clicking “Accept All”, you consent to the use of ALL the cookies. However, you may visit "Cookie Settings" to provide a controlled consent.
Cookie SettingsAccept All
Manage consent